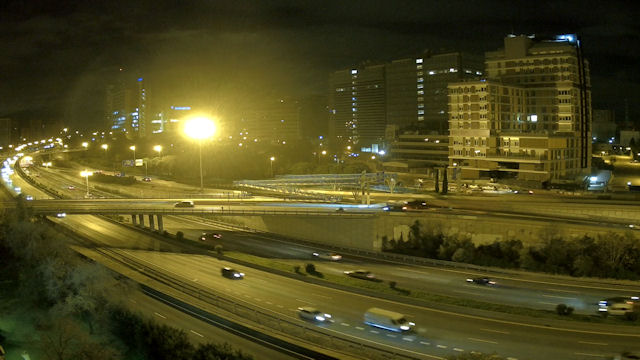 Madrid is the heart of Spain in more ways than one. The capital city is geographically located right in the middle of the country, is home to the Spanish government and the reigning king, Felipe VI too.

Everything happens in Madrid. Getting to where it’s happening isn’t always easy though. With a population of well over three million and attracting six million plus visitors a year, getting in and out of the city can be a nightmare. Traffic congestion is a daily problem even on the M30, a twenty-mile long motorway circling Madrid. The road’s one saving grace is it passes by some of Madrid’s famous landmarks so there’s plenty to see when stuck in a traffic jam.

Easily visible from pretty much anywhere in the city, including the M30, is the Torrespaña. The seven-hundred and fifty foot spiked communications tower is by no means the tallest in the city and is outranked by countless more high rises which dominate the city skyline. While Madrid is superficially modern, it still maintains its historic character with spacious plazas, ornate basilicas and sumptuous palaces.

Favourites:98
Views:152.7k
You don't have any favourites yet.