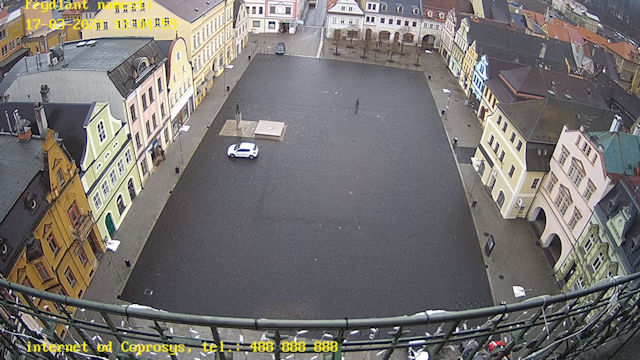 At first glance the town of Frýdlant in the Czech Republic or Czechia as it’s also known, doesn’t appear to have much to offer other than a sleepy plaza. That’s not quite true though.

Frýdlant was founded way back in the 13th Century and has a medieval castle that’s easily as impressive as Bran Castle in Transylvania. Unlike Bran Castle, without literary myths attached to it, Frýdlant Castle has yet to be discovered by the internet’s dedicated blog writing travelers. And, let’s face it, until the streamers of this Frýdlant live feed replace the music box-like background music on this webcam for something more captivating, the town and its magnificent castle will very likely remain in obscurity for a few more centuries to come.

Favourites:86
Views:115.5k
You don't have any favourites yet.