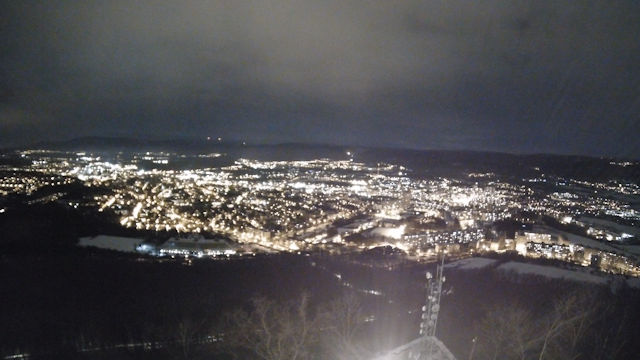 Have you ever wondered what it would be like to be a king high up in his castle surveying all he owned far below? With this webcam streaming from Doubravka Castle in the Czech Republic, you’ll get a good idea.

Doubravka Castle stands on a steep hill above the spa city of Teplice in the north of the country. The 14th century structure has quadruple towers and thick defensive walls. It stood strong for a couple of hundred years but was then left in ruins until the 19th century when it was restored to serve as a palace.

The castle is now a radio station and not open to the public so seeing the views from these feeds are a bonus. If you go to Teplice and still want to feel like royalty, try a visit to the Emperor’s Spa instead. It’ll be more therapeutic than touring a draughty castle.