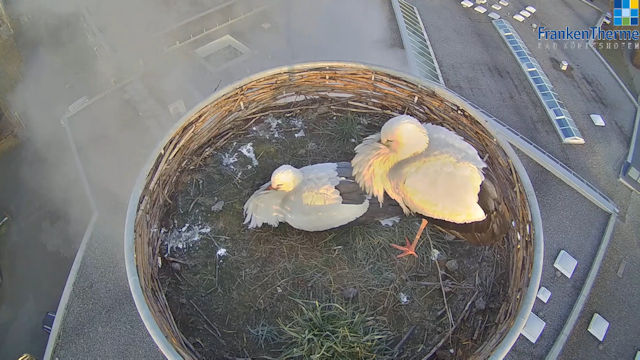 Storks at the Thermal Baths in Bad Königshofen

If the title of this webcam conjured up images of long-legged white birds taking a dip in a steaming bath then, just like the author of these paragraphs, your imagination got carried away.

Unlike the monkeys at the hot springs of the Joshinetsu-Kogen National Park in Japan, these storks don’t get a daily luxurious spa treatment, but rather nest on the roof of the spa building in the German town of Bad Königshofen. The storks seem to like this nest though and treat it as an outdoor sauna where they can warm their tail feathers in the plume of steam rising from the vent beneath it.

If you notice the storks putting on a neck twisting display and flapping their wings about, especially in March or April, it doesn’t mean the steam has been switched off, but that stork mating season has arrived. Eggs are laid soon after and will start to hatch around thirty days after that so keep popping back to make sure you get to see the latest brood of chicks. 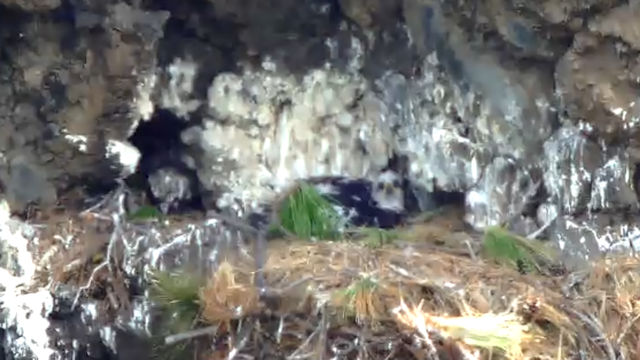 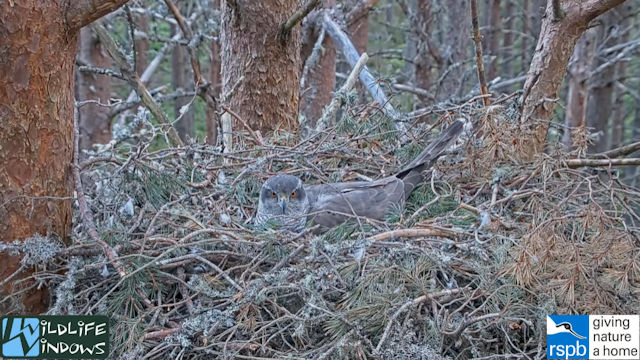 Favourites:1
Views:8.3k
You don't have any favourites yet.