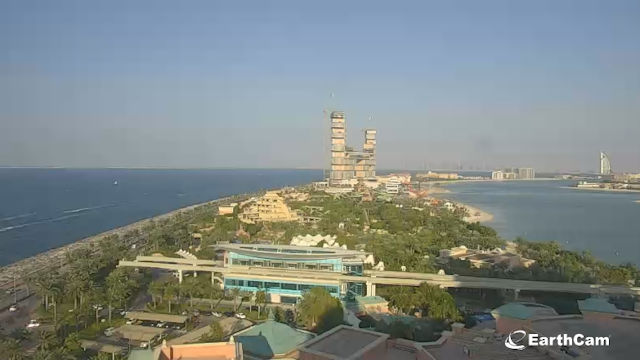 Views from Atlantis, The Palm in Dubai

Dubai in the United Arab Emirates is a mega-city that appears to be created from imagination rather than reality with stack upon stack of skyscrapers floating on infinite lagoons of blue. Like most fantastical worlds, it’s a law unto itself too.

If there’s a business deal going down in Western Asia then it’s probably happening in Dubai. But as well as being a hub for finance and commerce, it has fantastic beaches too. After all, those industrious men who construct things like the Burj Khalifa, the world’s tallest building, have to relax somewhere in their free time.