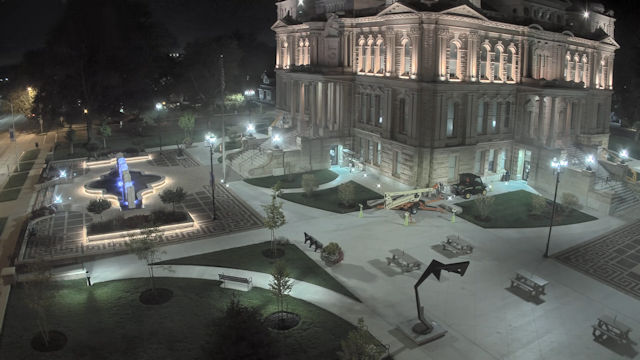 If you’ve joined this live feed to try and get a glimpse of the Trojan horse that was used to destroy the ancient city of Troy, you’re going to be disappointed.

There’s no big wooden horse being pushed around the streets of this city of Troy which is in Miami County, Ohio. It’s more modern than ancient too although it does have a fascinating history connected to the aviation industry so if you see a bi-plane flying across your screen, don’t panic, you won’t be hallucinating.  But until one of those magnificent men in one of their flying machines appears, you’ll have to make do with the peaceful views of the Great Miami River, the courthouse and it’s elaborately paved plaza plus the tops of some trees.