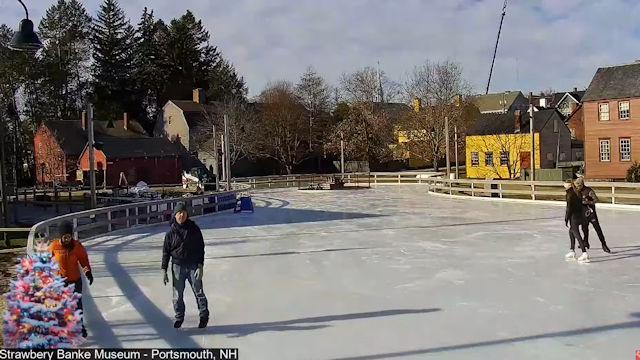 The Strawbery Banke Museum is ten acres of Portsmouth in New Hampshire that’s a dedicated time capsule to the city’s history.

Among the museum’s eight heritage gardens are houses dating back to the 17th century where staff costumed in dress of the era reenact life as it would have been then. Some of the buildings can be seen across the patch of grass and water this museum live feed is focused on.

Why is the cam aimed at the museum’s Puddle Dock Pond? Every year the patch of damp greenery comes into its own as a spot for family wintertime fun when it becomes an ice rink. The skaters are entertaining to watch, and you never know, you just might see the next Olympic ice-skating champion practicing their triple axels.