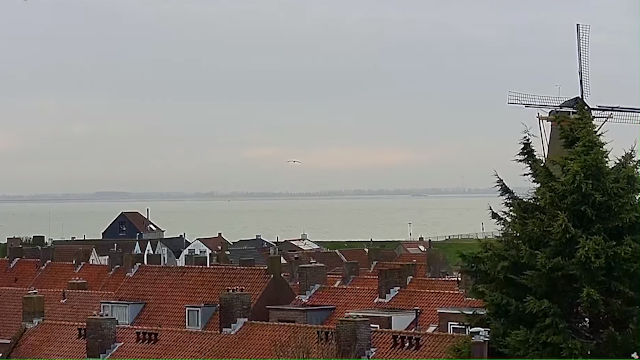 When you take a look at this live feed from Vlissingen in the Netherlands, don’t be shocked. While it may initially look like it, no, the residents of Vlissingen are not all experts at parkour and would probably be flushing with embarrassment at the thought.

Folks may seem to be clambering across the rooftops of Vlissingen, but it’s just an optical illusion caused by the angle of John’s webcam streaming from upstairs in his bedroom window. They’re actually just taking a stroll along a footpath by the side of the Scheldt River. Nice one, John! Almost, but not quite, fooled everyone there.