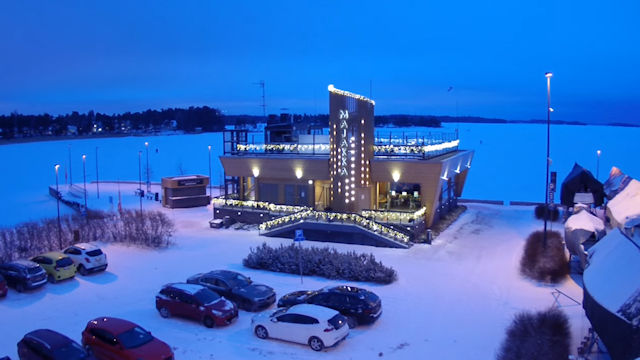 It’s hard to imagine that behind the Nokkalan Majakka restaurant there’s a city that covers over five hundred square kilometers, but there is.

While all you can see on this live feed is the solitary restaurant building and the Gulf of Finland, Espoo which is the city where it’s located, is anything but isolated. So yes, looks can be deceiving even on live feeds.

Espoo is a suburb of Helsinki and home to around a quarter of a million people. The car park is always full at this restaurant too. What are the folks heading there to eat? Bowl after bowl of Lohikeitto which is a traditional Finnish salmon soup that’s thick enough and substantial enough to warm the cockles of anyone’s heart especially during a Finnish winter which sets in around June.. 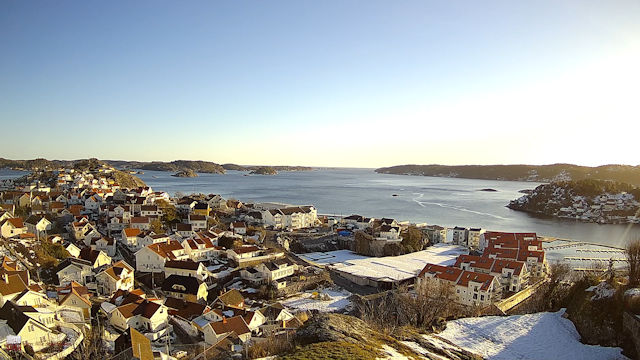 Kragerø Town and Views of Kragerøfjorden 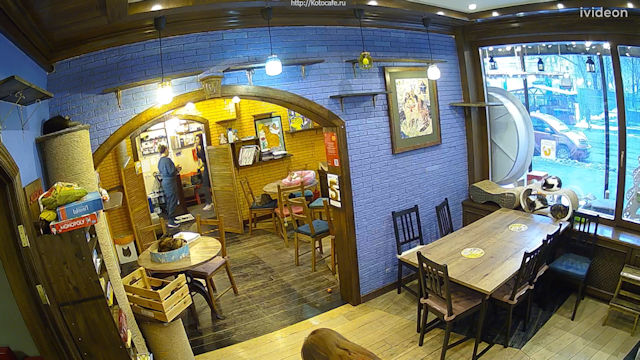 Inside a Cat Cafe in Moscow