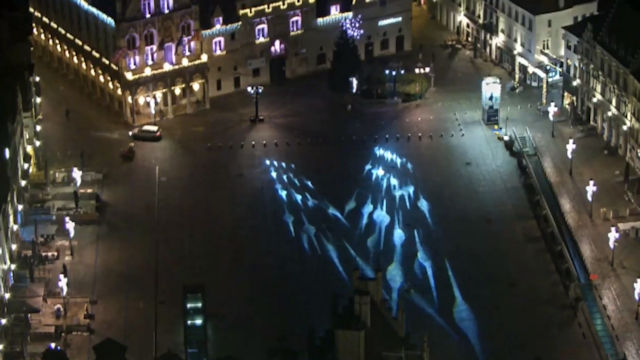 Mechelen is a Belgian city with fascinating Gothic architecture, much of which lines the Grote Markt or Market Square.

You’ll get a tiny glimpse of the roofs of some of them through the Market Square webcam, but not of the famous St Rumbold’s Cathedral which took three-hundred years to build. Still, there’s plenty to watch on a Saturday morning when the market traders set out their stalls. But even better viewing is the Market Square feed when it’s void of stalls.

Watching the local cyclists using it as a short cut rather than taking the longer route around it on the cycle path is amusing – especially when the local police make an appearance. It’s surprising just how fast Belgians can pedal.