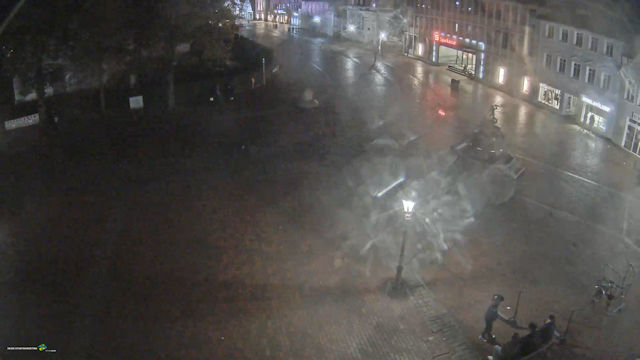 Heide is a town in northwest Germany where there’s not a great deal to do in your spare time . The two things you can do are wander around the market square with your hands in your pockets or use the St Georg Fountain as a climbing frame when there’s no water in it.

Why sculptor Siegfried Assman chose to depict the patron saint of England slaying a dragon as the central figure on the fountain is something known only to the man himself. The eight plaques around the base of the fountain are more relevant as they depict important events and figures from Heide’s history. Could it be he was a fan of the House of Targaryen from Game of Thrones and was paying tribute to George R.R Martin? Sadly, as the creative gentleman has since passed away, it’s something that will never be known.

Favourites:92
Views:154k
You don't have any favourites yet.