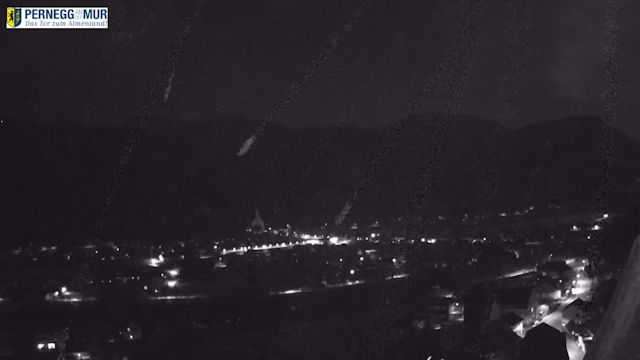 If you find yourself bursting into song while viewing this live feed from Pernegg an der Mur, don’t be surprised. It probably won’t be a rousing rendition of the hills are alive with the sound of music, but a more Marvin Gaye-style ain’t no mountain high enough, ain’t no valley low enough and why not? It’s a very inspiring landscape of mountains and valleys.

Pernegg an der Mur in southeast Austria is an area of the country that’s not just superficially scenic but also has striking underground features that, while they may not have inspired the lyrics to a song, certainly sprouted a myth or two. The Drachenhöhle is a massive cave from where a collection of fossilised bones were found. While the bones were once believed to have been those of a dragon, hence the name Dragon Cave, they weren’t. They did belong to a cave bear though, which was a prehistoric creature almost as scary as a dragon and a beast you definitely wouldn’t want to meet in the dark confines of a cavern.