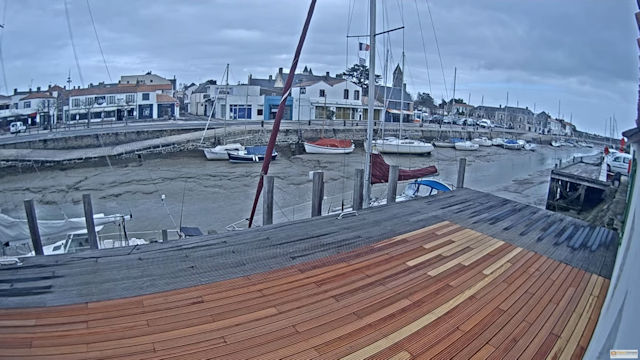 If you were ever going to be marooned on an island, because you got cut off by high tides flooding the causeway connection, Noirmoutier wouldn’t be too bad a place for it to happen. While that might once have been a possibility on this island off the west coast of France, it no longer is as a road bridge was built in the 1970s to allow permanent access.

Apart from the beaches and harbours that you can see on these Noirmoutier cams, the four kilometre long causeway known as the Passage du Gois is the island’s most renowned feature. The causeway is still used by pedestrians and vehicles except when it submerges beneath the sea twice a day. Once a year a foot race is held on the causeway just as the high tide starts crashing in. Rather than a race against time, it’s a race against the tide or the race turns into a swimming event. Now that would be fun to watch.

Favourites:9
Views:992
You don't have any favourites yet.