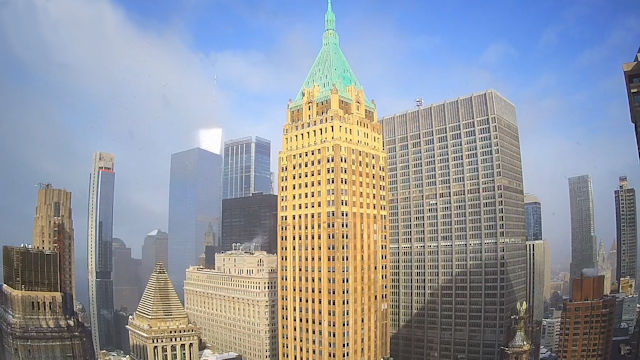 While the World Trade Center may no longer be what it once was after its catastrophic destruction in 2001, Downtown New York is still the financial hub of the city and of one of the top twenty richest countries in the world.

It’s often said business and finance is like a game of cards. Play your cards right and keep your aces close to your chest or you just might end up getting trumped by this New York webcam.

Favourites:28
Views:19.6k
You don't have any favourites yet.