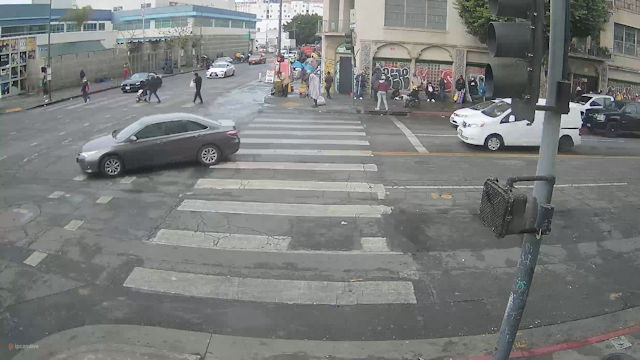 These two Skid Row live feeds are not the cams to be viewing if you’re hoping to catch a glimpse of some of the elite, A-list stars that inhabit Los Angeles. You’re looking at the wrong neighbourhood entirely.

Skid Row is fifty blocks of movie city that, while it has somehow avoided the limelight over the years, gets a lot of bad press. The, less than prosperous, area gained its name in the early days of the railroad when logs were skidded along muddy wooden roads before being laid as track foundations. Similar to mining towns, the Skid Row neighbourhood developed into a less than desirable place full of cheap drinking holes and houses of ill repute. Things don’t always have to stay the same though and while it still has a way to go, Skid Row is gradually on the up and up because of the Skid Row Housing Trust. There may not be any stars on Skid Row, other than the ones shining in the night sky, but for many who live there, there’s now a light at the end of the tunnel.