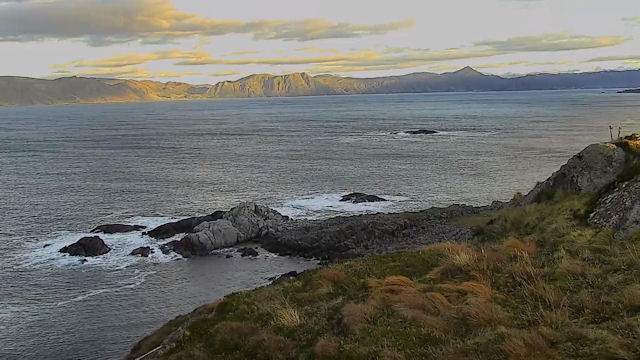 The Kråkenes Lighthouse on the Norwegian island of Vågesøy is not a typical lighthouse. It has a couple of other purposes besides warning ships that they’re getting dangerously close to wrecking.

The Kråkenes Lighthouse perches on a rocky stretch of Norway’s northwest coast notorious for its rough seas. Huge waves crash against the rocks often sending a heavy spray of salty water right over the squat wooden building aptly named the Stormhouse.

After the original lighthouse was destroyed during WW2, the keeper’s house was fitted with an automated light that’s visible from thirteen nautical miles away. The Stormhouse itself is now a guest house for those who like to sleep to the sound of the waves. They need to really like it too as the noise of the waves battering the coast by the Kråkenes Lighthouse are deafening.