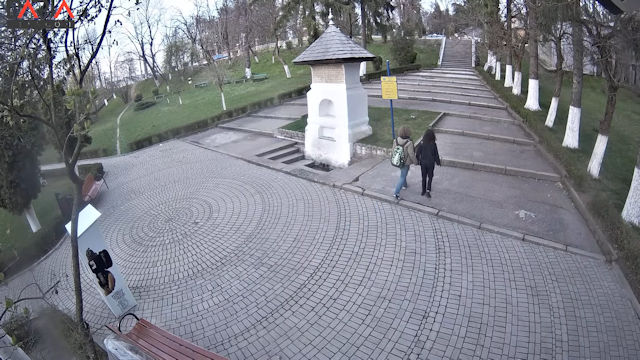 The Fountain of Manole is a fountain in the grounds of the Curtea de Argeș monastery in Romania. It’s a monastery that’s a stone’s throw from the ruins of the castle home of the infamous mediaeval tyrant Vlad the Impaler. The fountain, named for the builder of the monastery, has its own sinister myth attached to it. The macabre legend is almost worthy of Vlad himself, although not quite.

The story goes something like this. When the builder of the impressive Curtea de Argeș monastery had problems during construction with walls he built falling down, after having a visionary dream, he decided that a human sacrifice was needed to solve the situation. The victim he chose was his pregnant wife who he subsequently bricked inside a wall cavity. Sounds like his problems were more marital than constructional. Maybe divorce just wasn’t the done thing in Romania in the early 16th century.

RomaniaView all webcams in Romania