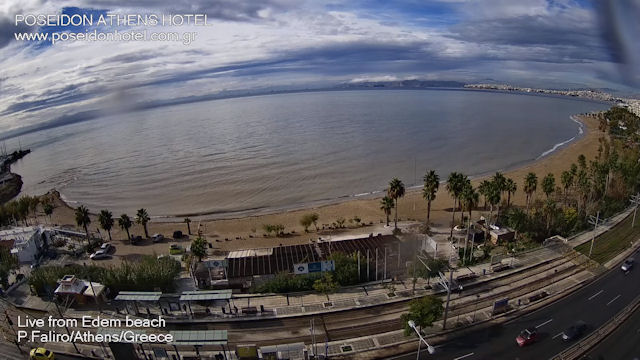 Think of Athens and probably the first thing that comes to mind are one or another of the city’s famous monuments. Athens might be an historian’s sightseeing dream, but it has some great beaches too.

Edem Beach curves around a bay in the Palaio Faliro district of Greece’s capital city. It’s tropical aspect belies the fact it’s backed by not just a few palm trees, but an urban mass whose center and metropolitan area cover over a thousand square miles.

Edem Beach is just a short distance along the coast from Piraeus, Europe’s biggest and busiest port, so expect to see cargo ships passing by in the distance on this live feed from the Poseidon Hotel. 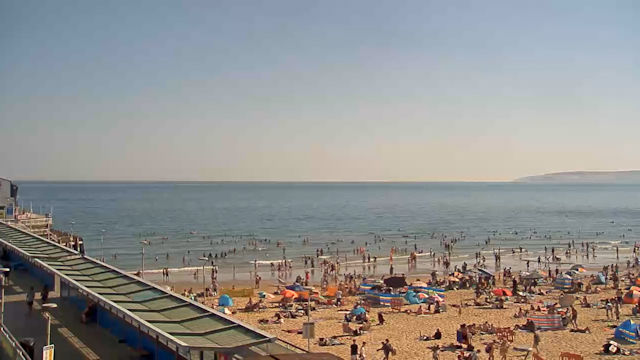 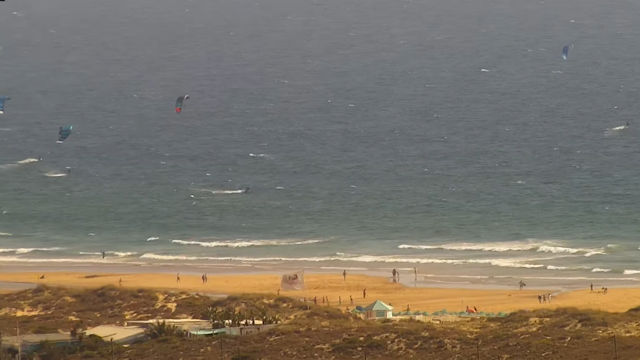 Favourites:33
Views:9.4k
You don't have any favourites yet.