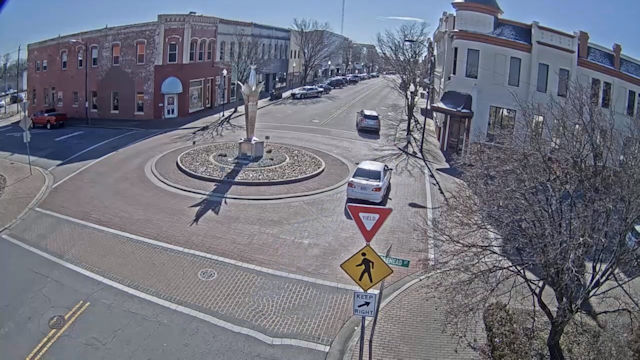 Reidsville in North Carolina is one US city that knows how to illuminate its streets. View the Downtown Reidsville webcam at night and it’s as bright as if it were daylight or they could just be showing off their unusual sculpture called – budding future.

Once economically sound, Reidsville has suffered an ongoing recession after the decline of the tobacco industry. The statue symbolises hope for the future, but with a higher than average unemployment rate and low incomes as a general norm, it might have been better to hang a sign saying – gone fishing in Reidsville Lake.