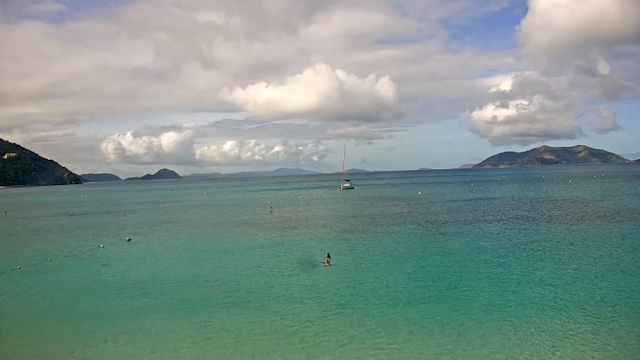 Views from the British Virgin Islands

With these webcam feeds, take a look at Tortola and Jost Van Dyke in the British Virgin Islands. Once you do, without a doubt, you’ll be wishing they were closer to Britain rather than thousands of miles away. Then again, they wouldn’t be quite so tropical if they were.

Tortola and Jost Van Dyke are two of the larger islands in an archipelago in the Caribbean Sea. While they may be British, be governed by Britain and have English as their main language, that’s pretty much where any resemblance to Britain ends. These islands are all about palm-fringed beaches, coral reefs and sunshine, sunshine and more sunshine. Though when it does rain, just like in Britain, it literally pours.