This western state is centred around the state capital, Salt Lake City where almost 80% of the state’s population live. The Mormon Temple here took 40 years to complete. Elsewhere the state is almost uninhabited as it is arid, dry and inhospitable in the Rocky Mountains and the Great Basin. Utah is known for being one of the most religiously homogeneous states in the Union and more than 58% of Utahns are members of The Church of Jesus Christ of Latter-day Saints (also known as the Mormon Church), which greatly influences Utah culture and daily life. Despite its hot summers, the average snowfall in the mountains near Salt Lake City is 500 inches! 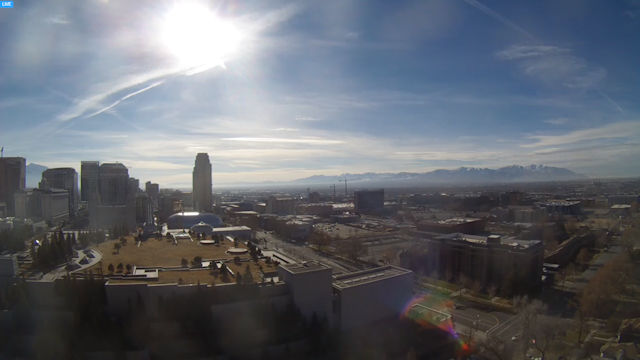 UtahView all webcams in United States