Greenland is part of the Kingdom of Denmark although it was granted self governance in 1978. This cold country is situated to the east of the Canadian Arctic and is by area the world’s largest island that is not a continent. It is mostly covered by glaciers so most of the population lives in the milder southwest of the main island, around the capital city of Nuuk. There are just 57,500 hardy inhabitants who depend upon fishing and shrimp exports to survive. 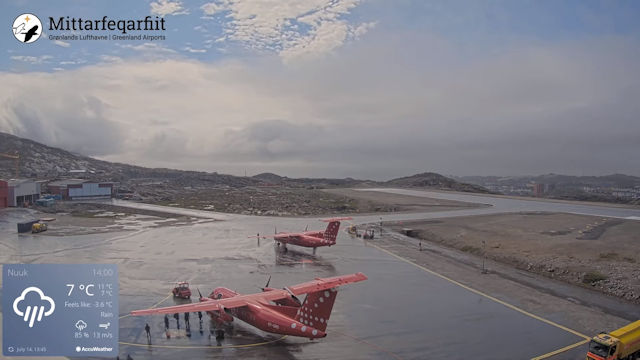 GreenlandView all webcams in Greenland