Peru is the third largest country in South America and one that is renowned for its incredible landscapes, amazing biodiversity as well as its megalithic ancient monuments and llamas. In Peru there are arid deserts, lush Amazonian rainforests and snow-capped mountain peaks where llamas roam free. Everywhere you look it’s a complete contrast and that goes for its cities and architecture too. Compare the 21st century Lima to the 15th century Inca city of Machu Picchu, one of the country’s biggest tourist attractions, and that contrast becomes more apparent.  Even Peruvian llamas prefer the clean air of the mountains to the smog-bound streets of the capital city. Llamas are pretty smart creatures. 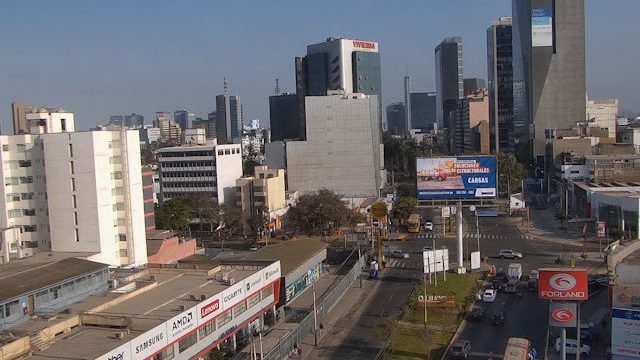 Cityscapes and Traffic in Lima

PeruView all webcams in Peru